I am in the process of moving my content to a new platform: Hsieh With You. The blog is curated by me and my sister and each week we take turns to “hsieh”-ing (“hsieh” is pronounced “shay”) things we love.

I grow things with the intention to eat them.

While I mask this under the facade that I love gardening (and have had several delightful conversations with fellow gardening aficionados), truth be told, I, simply, love eating organic, seasonal produce. There is nothing I relish more than plucking that ripe cherry tomato fresh off the vine the first thing in the morning, beating all the “cute” beasties animals thieves to it. While I have yet to find damning evidence that there are indeed cherry-tomato craving creatures competing with me, I have definitive proof that the SNAILS are beating me to the kale. Such an irony eh? Being beaten by the snail of all creatures? 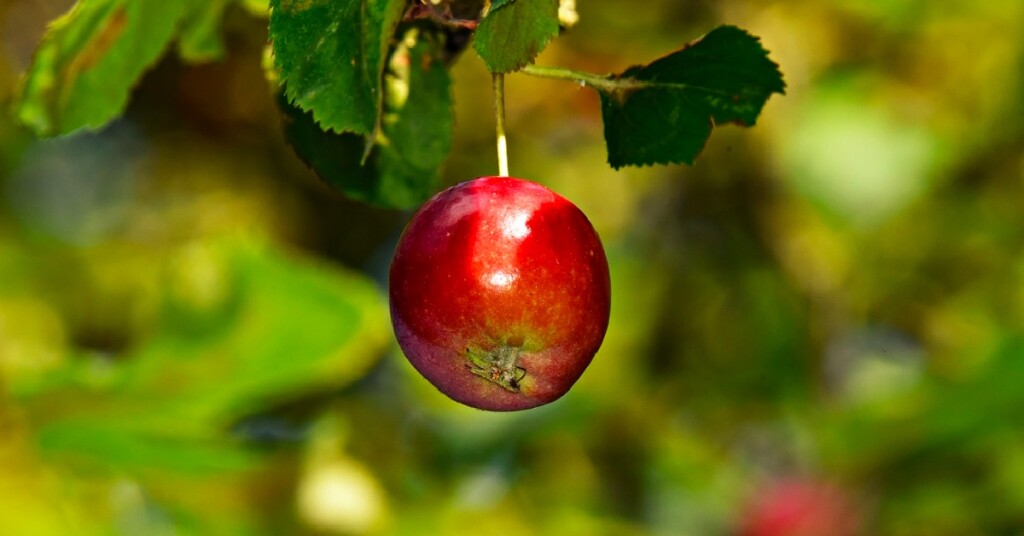 All jokes aside, I do love growing things and appear to have a green thumb for growing fruit trees from scratch. Whenever I come across a particularly delicious organic fruit, I would carefully remove the seed, plant it, and see what comes of it. Thanks to that effort, I now have a growing family: an apple tree (1.5 years old), a pear tree (1 year old), and an avocado plant (4 months old). While I have come to terms that my plants have a long dormancy stage, or resting period, before they will bear fruit—averaging 6 to 10+ years when grown from seed—my inner result-driven gardener has recently suffered another heavy blow when I learned my fruit trees might never bear fruit. Ever! END_OF_DOCUMENT_TOKEN_TO_BE_REPLACED

Sure as pairing Japanese green with Castella sponge cake or ordering my coffee extra hot, I have once more listed “workout more” as one of my new year resolutions.

I am not alone. Fitness and health resolutions are a January fixture — the most common New Year resolutions have to do with improving one’s physical fitness, with “exercise more frequently” and “loose weight” being the most common, according to a Wall Street Journal Online/Harris Interactive online survey of U.S. adults.

While the survey also pointed out most fitness- and health-related resolutions dissipate by mid-year, I have decided to reverse the trend, committing to a sunrise and morning workout on the beach. 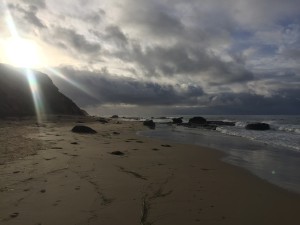 END_OF_DOCUMENT_TOKEN_TO_BE_REPLACED

To buy a bouquet of flowers, from a return on equity point of view, is bad investment. Flowers start to die the moment they are removed from the stem, and as they loose their freshness, their value depreciate. But we adore flowers nonetheless.

As Michael Pollan pointed out in his book, The Botany of Desire, attractive flowers have a higher chance of being noticed by insects and animals (acting as agents of pollination), and thus bearing fruits first. Humans are also susceptible to this attraction.

Of the humans, Sherry has been most fatally afflicted. In addition to pink calla lilies and yellow daffodils in my office, there are also a variety of blossoms in my apartment, including snapdragon, forget-me-not, pansy, zinnia… You get the picture. And to top off my flower frenzy, a seminar on flower arrangement!

END_OF_DOCUMENT_TOKEN_TO_BE_REPLACED 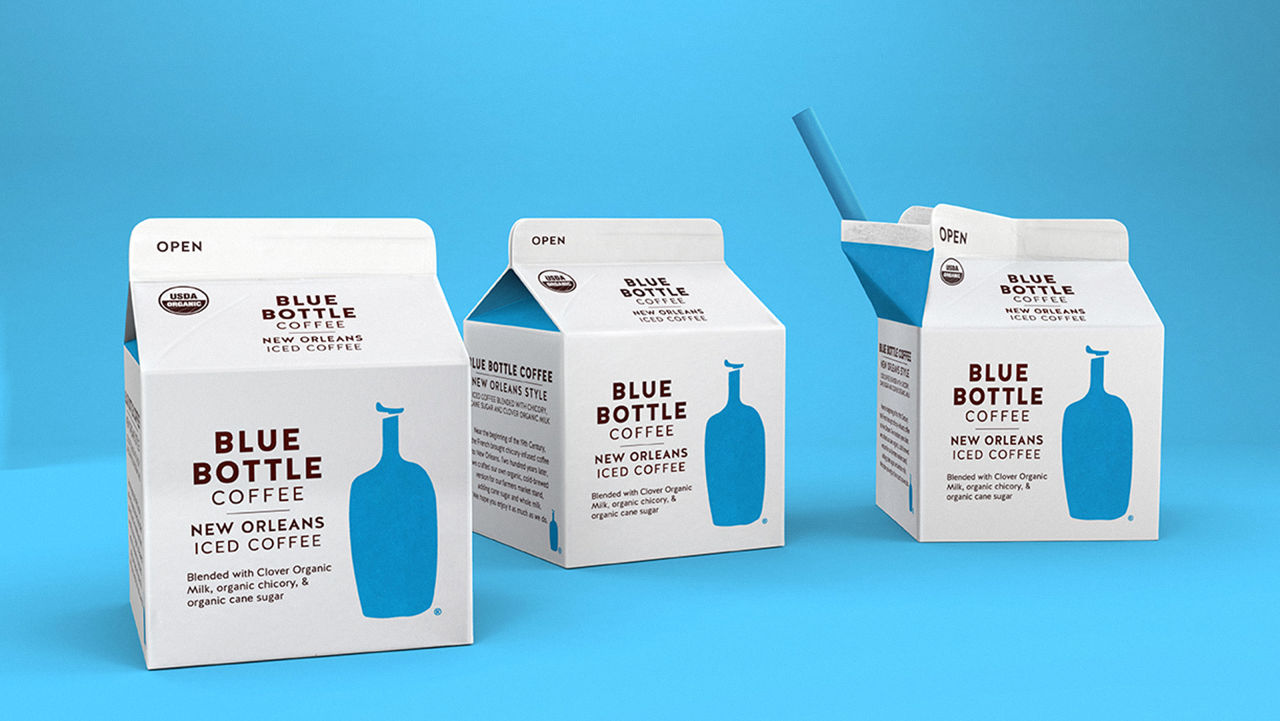 Artisanal/specialty coffee charges a higher price than, say Dunkin’ Donut brew, because more attention was paid to producing that perfect sip. From selecting special coffee beans, to paying special attention to roasting and brewing, and of course, making that cup specially for you, specialty coffee is special in a big way. And consumers, like myself, willingly fork over $4, $5 for cold brew and $6+ for latte in exchange. END_OF_DOCUMENT_TOKEN_TO_BE_REPLACED

Feeling unsure, the girl thought the best thing was to put her heart in a safe place.
Just for the time being.
So she put it in a bottle and hung it around her neck.
And that seemed to fix things … at first. 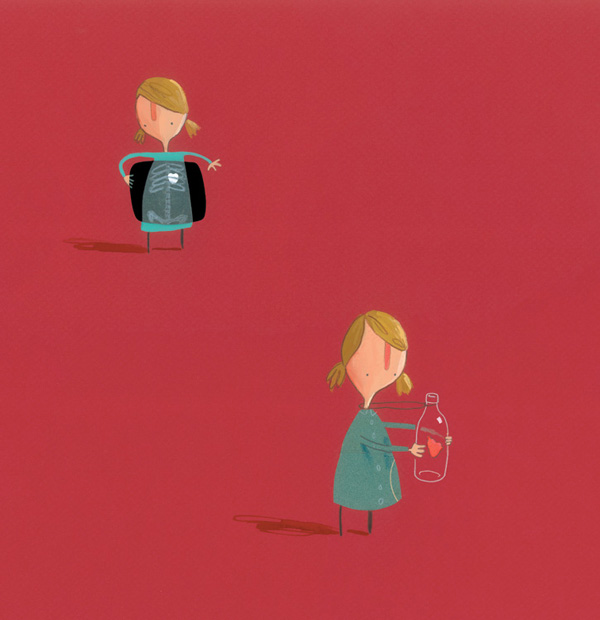 The girl thought the best thing was to put her heart in a safe place, for the time being. (image credit: Oliver Jeffers/The Heart and the Bottle)

The above passage is from The Heart and the Bottle, written and illustrated by Oliver Jeffers. The picture book, which looks into how to make sense of death and loss, is now available in iTunes to buy and download as apps. The version is read by actress Helena Bonham Carter.

In the story, the girl, after losing her father. decided to protect her heart from hurting by putting it in a bottle around her neck. Of course, the problem with safeguarding her heart was that the girl no longer resembled her old exuberant, full-off-curiosity self. No more thinking about the stars or “the wonders of the sea,” she feels no pain, but also no happiness. 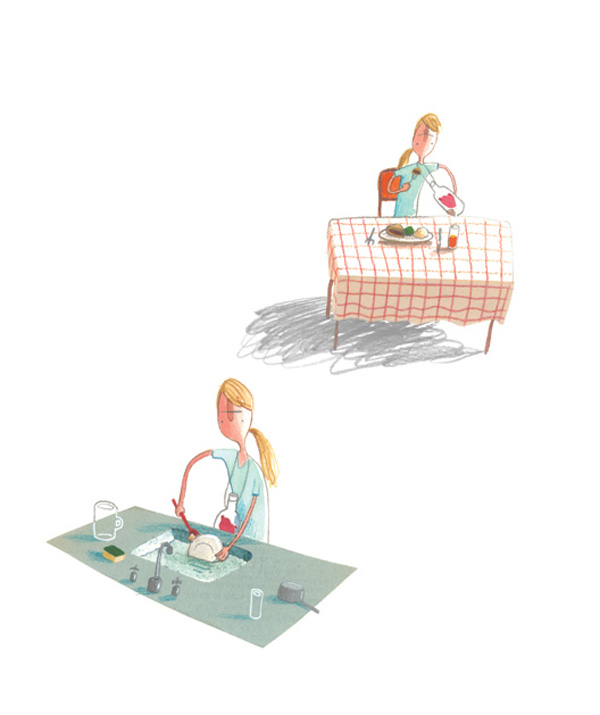 “She forgot about the stars… and stopped taking notice of the sea.
She was no longer filled with all the curiosities of the world and didn’t take much notice of anything…” (image credit: Oliver Jeffers/The Heart and the Bottle)

END_OF_DOCUMENT_TOKEN_TO_BE_REPLACED

Because this is life, and in life, shit happens, I am typing with nine and not ten fingers.

You see, I cut myself on the index finger while making dinner Easter Sunday. Not trying to be graphic here, but I bled profusely. It took a full 20+ minute of hard pressing for the bleeding to subside to an on-and-off ooze, and were it not for my level-headed roommate, who not only bandaged my wound but also assured me that I would not die, I don’t know what I would have done. The unfortunate accident resulted in my paying a visit to the ER, and, unintentionally, getting Good Monday off after all. END_OF_DOCUMENT_TOKEN_TO_BE_REPLACED

What’s in a holiday if it does not come with vacation days? Not much, in my opinion.

In that regard, Easter is very much like the Chinese New Year. In the sense that both holidays have ceased to be significant once the perks — chocolate eggs and money-filled red envelops, respectively, stopped. But this year, getting Good Friday off (for the first time ever!) has propelled me to acknowledge Easter as a legitimate, celebratory-worthy holiday.

Which, brings me back to Chinese New Year.  END_OF_DOCUMENT_TOKEN_TO_BE_REPLACED

Life is unfair in a lot of ways. For one, all cultures are not obsessed equally, especially the French. From accent to fashion to even their women (see Mireille Guiliano’s French Women Don’t Get Fat), even a simple grilled ham and cheese sandwich seems that much tastier and worthy of the hefty $16 when it’s called Croque Monsieur (pronounced crock ma-seur).

Literally translated to “fried mister,” the rustic yet elegant snack is a staple for the French and sold in most cafe, bistro, brasserie and even as frozen food in France. The iconically French dish is nothing more than “a hot sandwich, made of 2 slices of buttered bread with crusts removed, filled with thin slices of Gruyère cheese and a slice of lean ham,” according to Larousse Gastronomique. 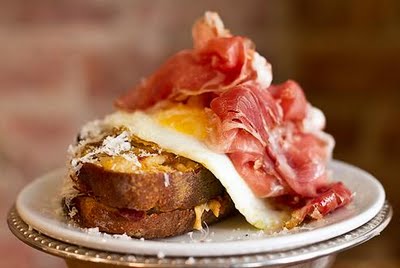 A ham and cheese is a “Mr” (croque monsieur) and a ham and cheese topped with an egg is a “Madame” (croque madame). While the treat can be replicated at home, nothing beats a a visit to the 50-seat, French-inspired Buvette in West Village.