The seemingly contradictory logic of eating spicy food in hot weather is actually not as weird as it may read. In fact, some of the fiery dishes come from places that are hot, like Southeast Asia and India. The reason is simple, spicy foods make you sweat, and sweating cools you down (read more about the science behind sweating).

In light of such knowledge, I believe it makes sense to reverse the logic and eat ice cream in winter. And the best lick comes from Grom, the artisanal gelato from Italy. 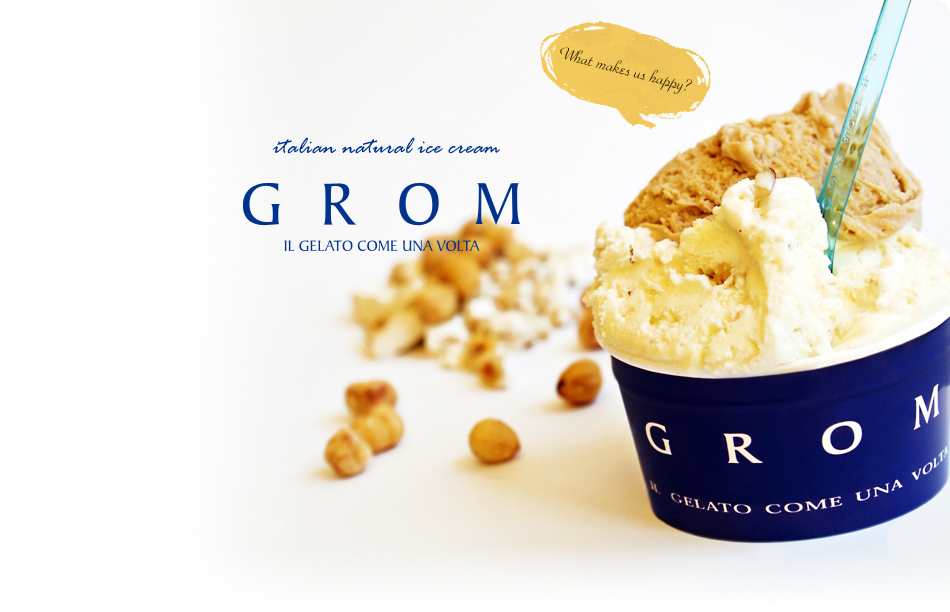 My favorite is the house classic, crema di Grom, which consists of pastry cream, Columbian chocolate chips and meliga (aka corn) cookies. The treat is incomplete without a healthy dollop of homemade whipped cream. Grom’s version, unlike store bought whipped cream that is sweet and lacking in cream flavor, tastes richer, denser.

Satisfaction derives from both flavor and sensation. 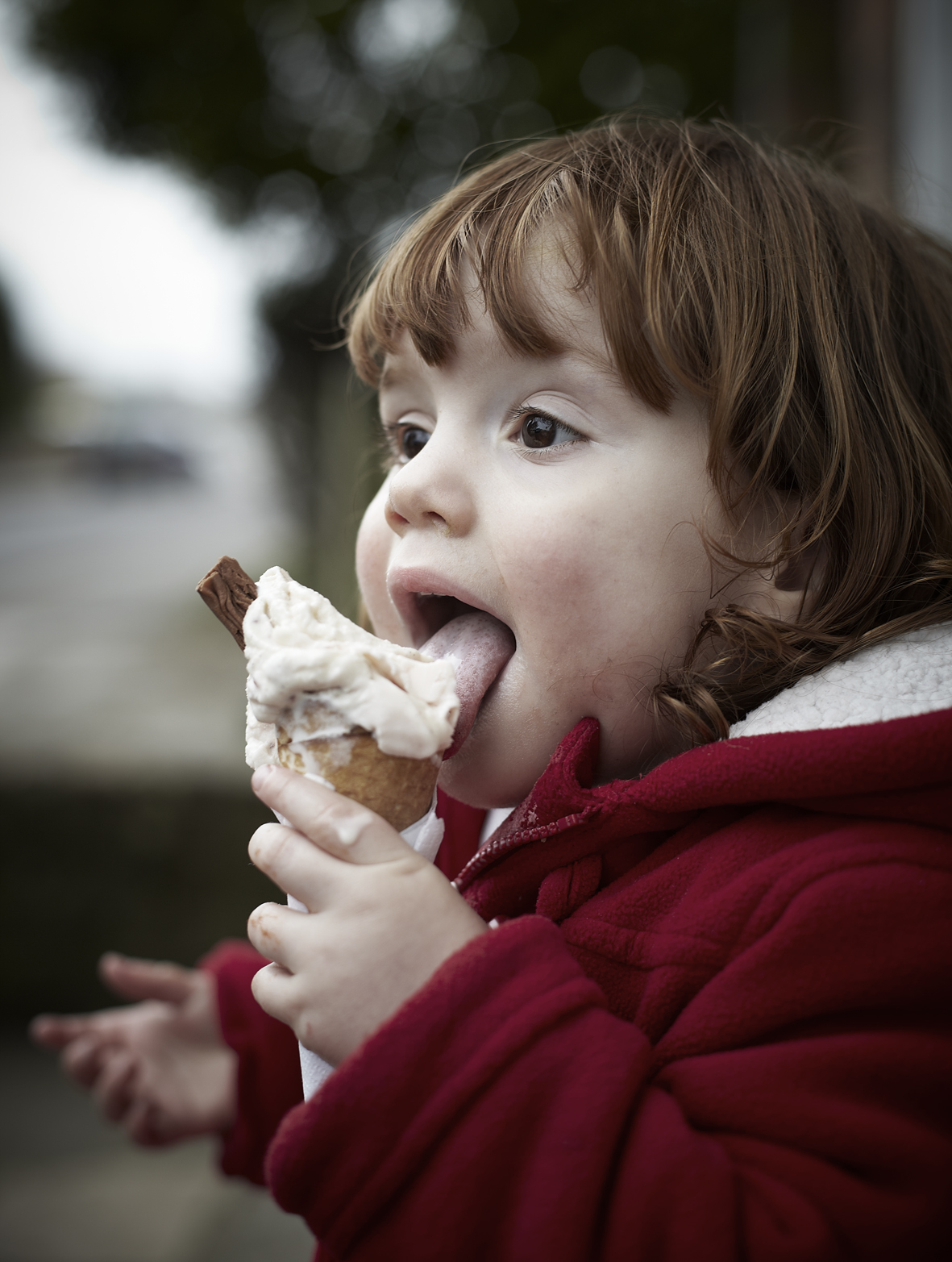 Creamy yumminess aside, eating ice cream/gelato in winter promises delirious pleasure. First announces the icy sweetness. Then, a chilling shiver crawls from your teeth to throat to eventually down your spine. Finally, because you are unsure which is colder — the windchill outside or the ice cream inside, you laugh at the absurdity of the situation that you voluntarily plunge yourself into.

When her [Mary’s] mind gradually filled itself with robins, and moorland cottages crowded with children, with queer crabbed old gardeners and common little Yorkshire housemaids, with springtime and with secret gardens coming alive day by day, and also with a moor boy and his “creatures,” there was no room left for the disagreeable thoughts…

When visiting Harbin, be sure to grab a butter popsicle（奶油冰棍）. 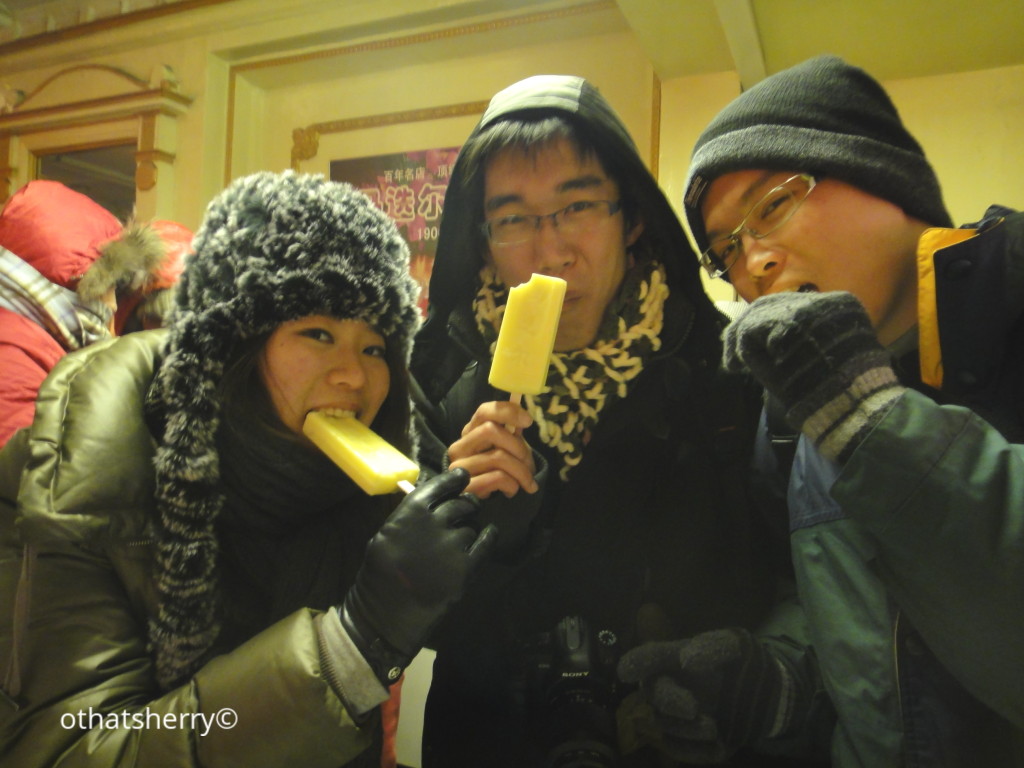