I lived and worked in Seoul, Korea, from 2010 to 2011. Just to clarify, I am not, nor do I speak, Korean. Furthermore, I had no particular interest in Korean dramas or pop stars. Hence, you might ask, “Why did you go to Korea?”

Frankly, I do not not know myself.  But I can most certainly retort with a “Why not?”. In Alastair Reid’s poem, “Curiosity,” there are two types of people — dogs and cats. A dog person opts for stability (e.g. family, work) while a cat person seeks the unknown. Contrary to popular proverb that “curiosity kills the cat,”  the poem contends that it is the lack of curiosity that kills us. For only the curious, “have, if they live, a tale worth telling at all.”

WHAT TO EAT in Korea, click HERE to read more

I survived Korea splendidly. But that was luck and, I would say 87%, attributed to meeting a lot of great people. For those who don’t like to leave having a good time to chance, there are a thing or two you should know about the city.

Seoul, the capital of Korea, is a bustling metropolis. From history to culture to shopping to foods to night lives, the city has got it all.

The Korean alphabet, or Hangul, consists of 10 basic vowels and 14 basic consonants. Created by King Sejong of the Josen Dynasty (1392~1904), the alphabet can be easily memorized in a day or two.

From Airport (Incheon/Gimpo) to City

Choices include airport shuttle bus, subway, and taxi. Airport shuttle bus is by far the best choice in terms of price and convenience. With eight routes and buses departing every 10~30 minutes, you can simply hop on and enjoy the ride.

Again, options include bus, subway, and taxi. The comprehensive subway system, which connects every districts in the city and the surrounding area, is a great way to travel. Not only are subway lines color-coded, station names are available in Chinese, English, and Korean. 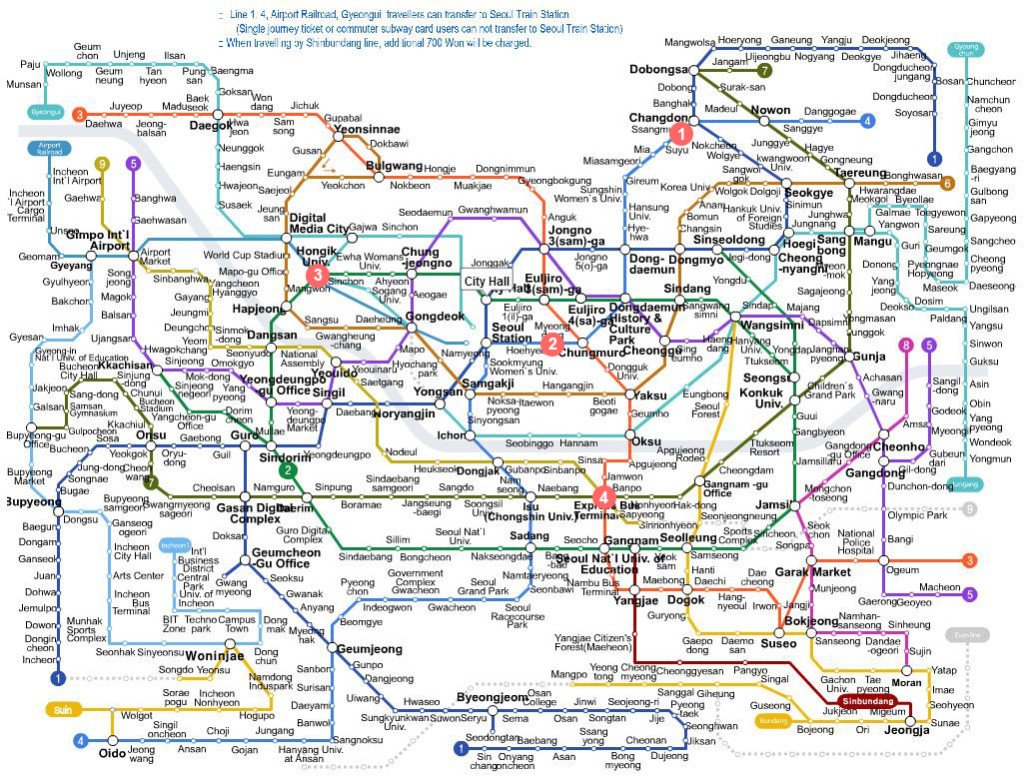