Dominated by the rocky terrain of Appalachian Mountain, New Hampshire is appropriately dubbed “the Granite State”. Of course, the nickname refers to both its landscape as well as its inhabitants’ independent spirit — a New Hampshire native general, while fighting the British in 1777, proclaimed “Live free or die.”

The state, which is the second most forested state in the nation, offers breathtaking foliage drives in fall, as well as an array of winter sports in winter. List of popular activities include: skiing, snowboarding, hiking, and ziplining, to name a few. Everything sounds great (pseudo bright voice), minus the fact that I am here in early April, its mud season.

Translation: there is nothing to do.

New England’s early April is an awkward time. With its still-in-the-melting process snow and temperature hovering between 35~50°F (2~8°C), all outdoor activities are out of question. Too little snow, too wet, too cold, too blah blah blah blah.

I had my heart set on ziplining and was devastated (in a lower “d” kind of way) to learn that the attraction is only available in the summer, starting mid-May. (o__o)ll

Despite minor disappointments, I’ve enjoyed my stay in New Hampshire. In fact, I loved it! Thanks to Eagle Mountain House, I got my vacation cabin escape. It was pure bliss!

Just off Route 16 via a red covered bridge, we entered Jackson, a storybook-like New England town.

I stopped and got out of the car to take a good look at the bridge. It was nothing special, but I admired its sensible functionality (the woodwork, not the garish red paint). There’s something inexplicably romantic about bridges, especially wooden ones. I suppose I love them because of the heart-wrenching love affair between Francesca and Robert in The Bridges of Madison County.

By the way, I loved this line from the movie:

This kind of certainty comes once in a lifetime.

Oh no, I am getting sentimental. Onward to our lodging.

Nestled in the heart of the White Mountains, Eagle Mountain House is nothing like a “little cabin,” but a luxurious historic hotel with its own restaurant, game room, gym, and golf course. In its peak season, a room would easily cap $400. But as fate would have it, not only were we among its first “summer” visitors, we were also the only ones there. And… (drum roll), we got a mountain suite with view, for under $100!!! Oh my golly-goshness!

The darling old place was lovely! I admired everything — from its carpet to furniture to parlor to squeaky floor to elevator. The elevator was like the ones you see in old movies, the kind that required an elevator operator to open and close the door for you. There are two doors, you must securely close both doors — rattle, clank, before the elevator will reluctantly transport you either upward or downward (dreadfully slow in both directions).

Our suite was cozy, if I were to compare it to one of the March sisters, I would say it felt like a “Jo” — unpretentious and homey. I could see myself comfortably holed up in this place and write away my winter.

Another winning feature of the place is its gourmet meals. We had breakfast here and I was wowed away by my french toast with homemade blueberry and caramel apple sauce as well as corned beef hash.

And of course, the stay was perfected by the scenery. The White Mountains make up the highest range in the northeaster United States, and its highest peak — Mt. Washington (6,288 ft) is covered in snow year-round. From Jackson, take the auto road, which leads up to the top of the mountain. 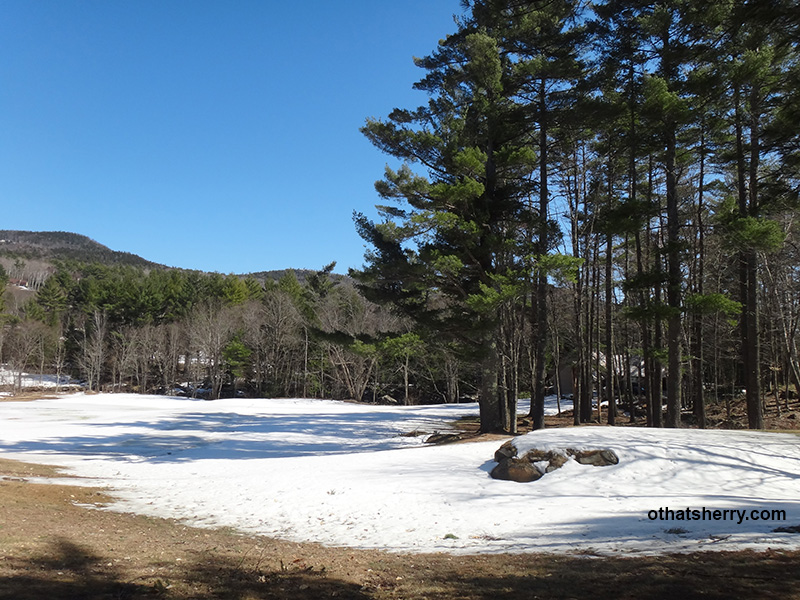 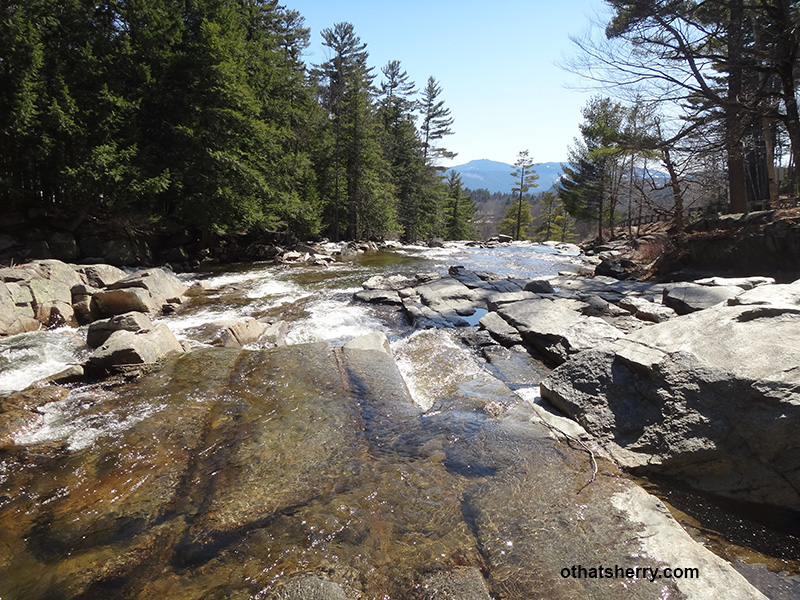 4 thoughts on “Just us, luxury cabin and the Appalachian Mountain”