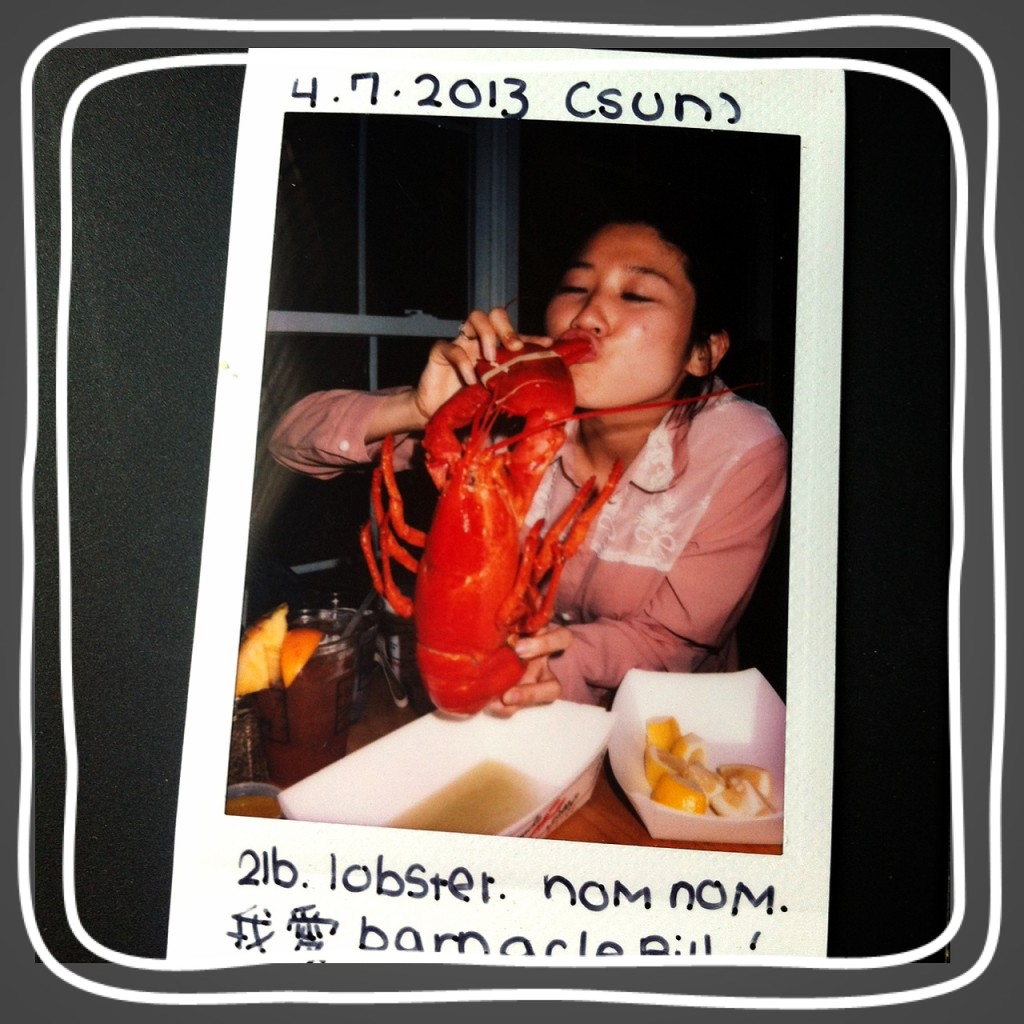 Before the trip even started, I have already compiled my list of Top-Five Lobster Shack. I was most determined to go to  Five Island Lobster Co. because I read that the place — perched on the edge of Sheepscot Bay, with no indoor seating,  is the quintessential lobster shack. As I read through reviews, I started imagining myself, in a cozy sweater, eating a 3lb lobster while overlooking the bay and watching the sun sets. Ah, perfect… that was, until I discovered that Five Island Lobster opens May 11.

I was CRUSHED. While some may argue that “a lobster is a lobster, they all taste good,” I believe that there are “good lobster” and “just lobster.” In my quest for an authentic Maine-lobster-experience (and a place that is open), I landed in Barnacle Billy’s in Ogunquit.

The names — Barnacle Billy and Ogunquit, sound like they come from a Sponge Bob episode. As deliciously funny as “O-gun-quit” sounds, it has gained its fame as a resort village and an artists’ colony.

The drive from Boston to Portland was roughly 2 hours. After we checked in, we drove an hour to Ogunquit then another hour back to Portland. All this travel for lobster… well, it was totally worth it! 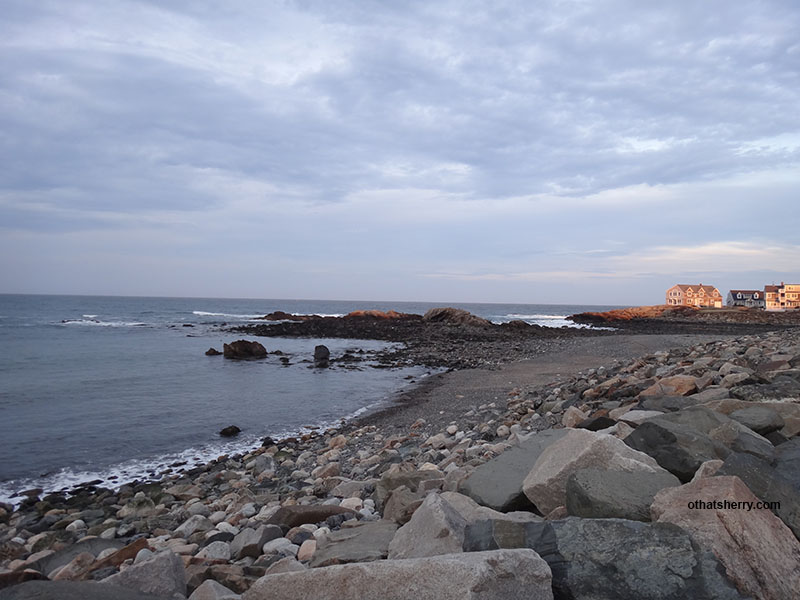 Barnacle Billy rests by the sea, in Perkins Cove

Nestled in the picturesque Perkins Cove, Barnacle Billy’s was absolutely wonderful. I especially loved its staff; the boys were so friendly when I approached them, telling me about New England and the heavy snow in late March. They even showed a 5 lb lobster (it was huge!). Apparently, “Hi, it’s a bit chilly here. I am from California,” works wonder in New England.

An order of clams and a 2 lb lobster (with ample butter and lemon for dipping). 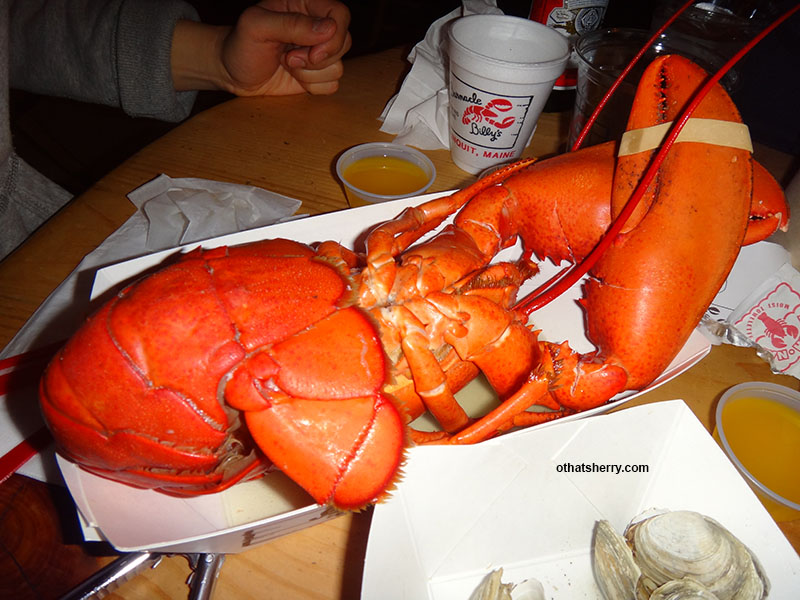 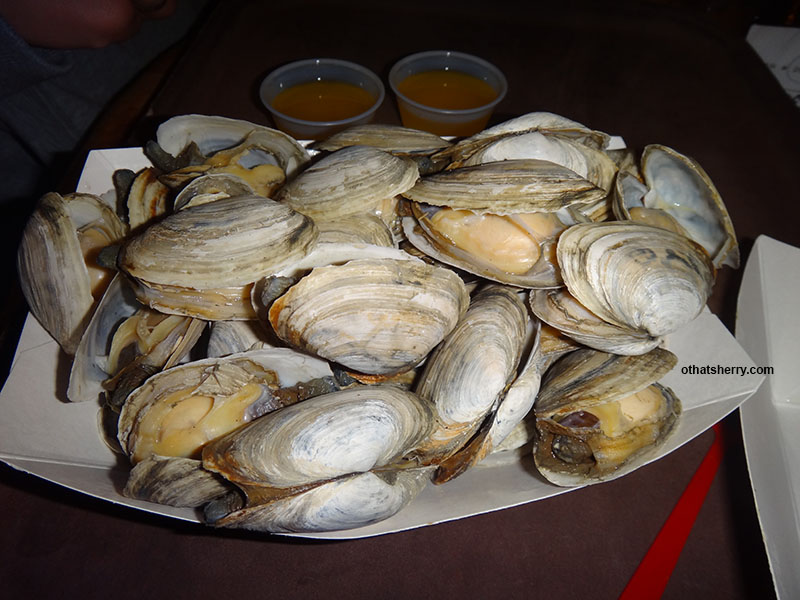 It was SO GOOD! Ask me if I love Billy’s? (pause). I DO! I love this place so much I came back a second time en route from Jackson, NH to Cape Cod, MA.

The second time, signature lobster roll and lobster stew. The stew is mediocre, a watery, creamy mixture that is quite not clear soup nor chowder (lesson learned: forget stew next time). But the lobster roll is PHENOMENAL, literally “perfection on a bun” — ample lobster with a touch of mayo nestled in a buttery grilled hot-dog bun. Delicious, no fuss, no mess, I could eat two of these rolls by myself. 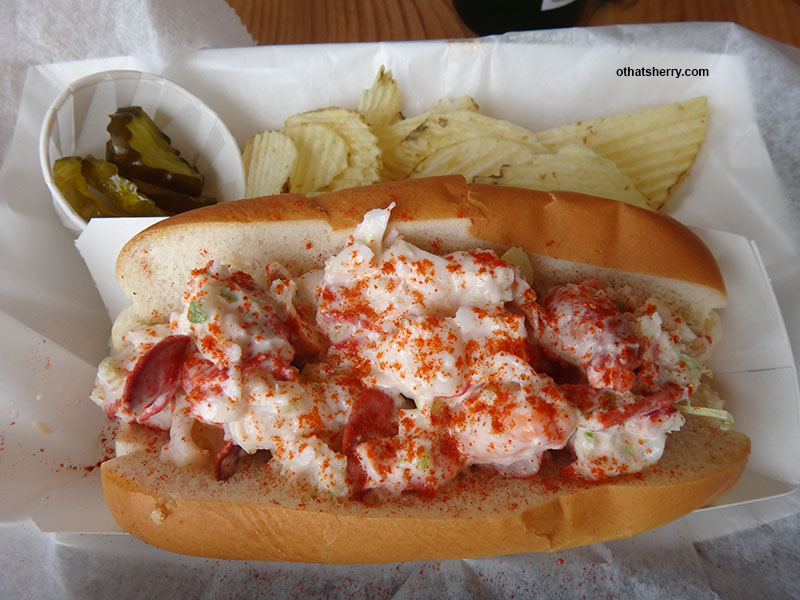 Concluding our delicious lunch (with minor disappointment, aka lobster stew), we treated ourselves to an apple pie a-la-mode. It was divine!  Correction, it was DIVINE with all capitalized letters. The apple pie was sweet, but not overly sweet and the ice cream silky smooth. Oh Billy Billy Billy.

One thought on “When it comes to Maine, there’s only lobster (and more lobster)”