Yinniang, shown through layered fabric, is both the observer and the observed (veiled). (image credit: Web/”The Assassin”)

The genre consists of two components: the wu (武), which encompasses martial arts/military/war, and the xia (俠), which describes the type of protagonist found in a wuxia film or literature. According to the famed Han Dynasty historian Sima Qian, a xia is defined as one who is honest in words, effective in action, faithful in keeping promises, fearless in offering his [or her] own life to free the righteous from bondage.

A xia is typified by his or her unparalleled swordsmanship, adhering to the principles of loyalty, reciprocity, and duty, according to Once Upon a Time in China. And because of his or her superior killing skills and high moral, a xia makes a perfect assassin. But not Hou’s Yinniang. While equipped with marvelous capability to kill, she faults with having compassion. In the film, Yinniang refrains from killing a man because her target was sleeping with his child.

On top of having a protagonist who fails to rise to the archetypal xia, the film deviates from standard wuxia film genre by keeping physical combats, epic battle scenes as well as elaborate kung-fu stunts to a minimum. Instead, Hou spotlights Yinniang’s quandary defining her humanity. Will Yinniang walk down the solitary path of an assassin, severing all emotional ties including those romantic and familial? Or will she embark on an alternative path, and if yes, what that will be?

In an interview (see original quote below), Hou remarks that the women in his films do not attain love easily, his assassin do not fight carelessly, and his wuxia characters do not kill nonchalantly. He added that regardless of cultural divergence (West/East), time period, literature or film genre, every assassin seeks self awakening. 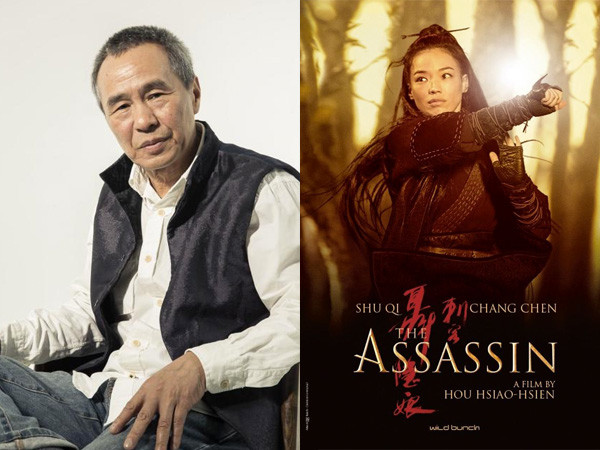 Indeed, to be an assassin — having chosen the path “kill to live, live to kill,” equates absolute solitude. Take Yinniang for example, she can never be like the other women of her time: marry, have children and raise a family. As a social anomaly, she is very much like the blue bird, or 青鸞 (peacock/ pronounced Qing Luan) that was first mentioned at the beginning of and later repeatedly alluded to throughout the film.

A Qing Luan that was captured and gifted to the King refused to sing for three years. The Queen suggested putting a mirror in front of the bird, for she has heard that birds sing only to their own kind. Therefore a mirror was placed in front of the bird. And that night, the bird sang and danced to its image reflected in the mirror. The next day, it deceased.

Yinniang is the bird, alone and companionless. And perhaps Hou’s conscious decision to highlight that aspect of a xia is what drives the divergent reviews. The slow moving wuxia film stands as a visual masterpiece (just look at the deliberate slowness Hou allows Yinniang’s character to reveal herself at the palace — a still camera capturing the barely perceptible movements of the curtain as well as the light/shadow casted by the wavering candles), yet, on the other hand, the film revolves around a plot that is difficult and confusing. The opaqueness is a shame. In fact, critics could argue that Hou’s indulgence in representing his artistic vision a failure.

The film, which consists of great intelligence and aesthetic refinement, no doubt has a lot to convey to the audience. Indeed, the heavy quietude and seriousness of the film address the questions of what it means to belong to the wuxia film genre as well as the moral weight of taking a human life. But how successful is the effort if the message is lost to the general audience?

I confess, my engagement faltered halfway into the film because I was having such a hard time figuring out what’s going on with the plot. Nonetheless, I highly recommend taking a moment to delve into “The Assassin.” If not for the story, then for the film’s sheer beauty.