New York and I, we are ready to fall in love! Or rather, I am ready to take a BITE of the Big Apple. 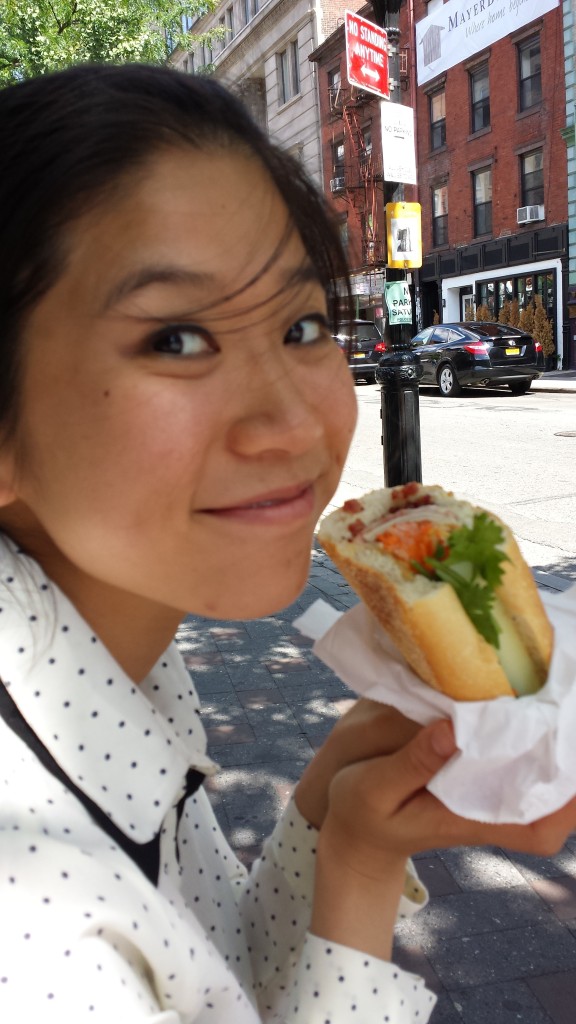 Few cities have inspired as many dreamers to pursue their dreams, and even fewer have received as much great writing dedicated to them. New York City is definitely unique in that aspect. Nonetheless, I did not, however, immediately fall head-over-heels for the city. In fact, I had started off not liking the city.

New York is not a city that will hand anything to you easy, you have to fight and prove that you are worthy of what it has to offer. When I was looking for my apartment, I was literally utilizing all known resources — brokers, craigslist, facebook, websites (read more about apartment-hunting tips HERE). It was crazy. I am so thankful that I have settled in and am ready for new challenges.

E. B. White, renowned American writer and reporter, writes in his 1948 essay “Here is New York,” that there are three New Yorks.

The natives, the commuters, and the settlers. I am of the last group. Thank you E. B. White, you have inspired me!

p.s. The nickname, “Big Apple,” was popularized by writer John J. Fitzgerald in the 1920s. He overheard some African American stable workers using the phrase while talking about New York’s horse racing scene. Fitzgerald loved the phrase and he named his racing column “Around the Big Apple.” In the 1930s and 40s, Jazz musicians associated the phrase with the most happen spot or gig. Interestingly, the “Big Apple” back then was not Manhattan, but Harlem.

3 thoughts on “Taking a Bite of the Big Apple”