This year, 2012, marks an important event—it is 100 years before the birth of Doraemon, the blue robot cat from the future in 2112 created by Fujiko F. Fujio. I attended the special exhibition in Taipei as the city and its many Doraemon fans celebrates the beloved cat. 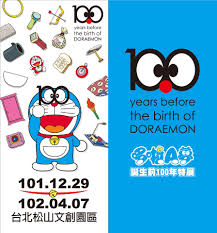 Doraemon, a robot cat from the future, is famous for his “fourth-dimensional pocket,” where he produces mind-blowing gadgets from the future. The most iconic ones include the “bamboo-copter” (the gadget lets you fly in the air), “Anywhere Door” (the door connects you to anywhere you want to go), and “Time Machine” (the machine takes you back and forward in time). At the exhibit there are one hundred Doraemon models, each paired with a gadget from the future and available for pictures. One of my favorites is called the “Memory Bread” that allows you to remember anything you want to. First, you have to write on the bread what you want to remember (i.e. exam cheat sheets, to-do-lists, etc.) and then eat the bread. After you’ve eaten the bread, you will remember everything that is written on it. 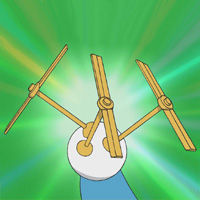 A classic gadget from Doraemon is the bamboo-copter. Put this on, you can fly in the air 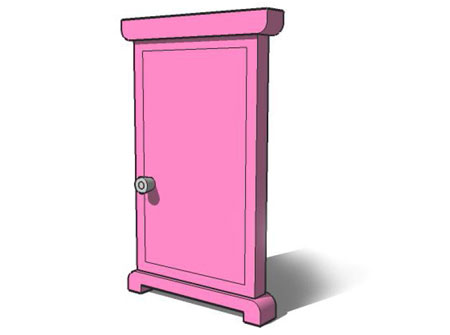 Another famous gadget is the “Anywhere Door.” Through the door, you can go anywhere you want in the world, including back in time.

The most surprising and exciting discovery for me was learning that Doraemon, which has always been blue for as long as I can remember, wasn’t supposed to be blue at all. 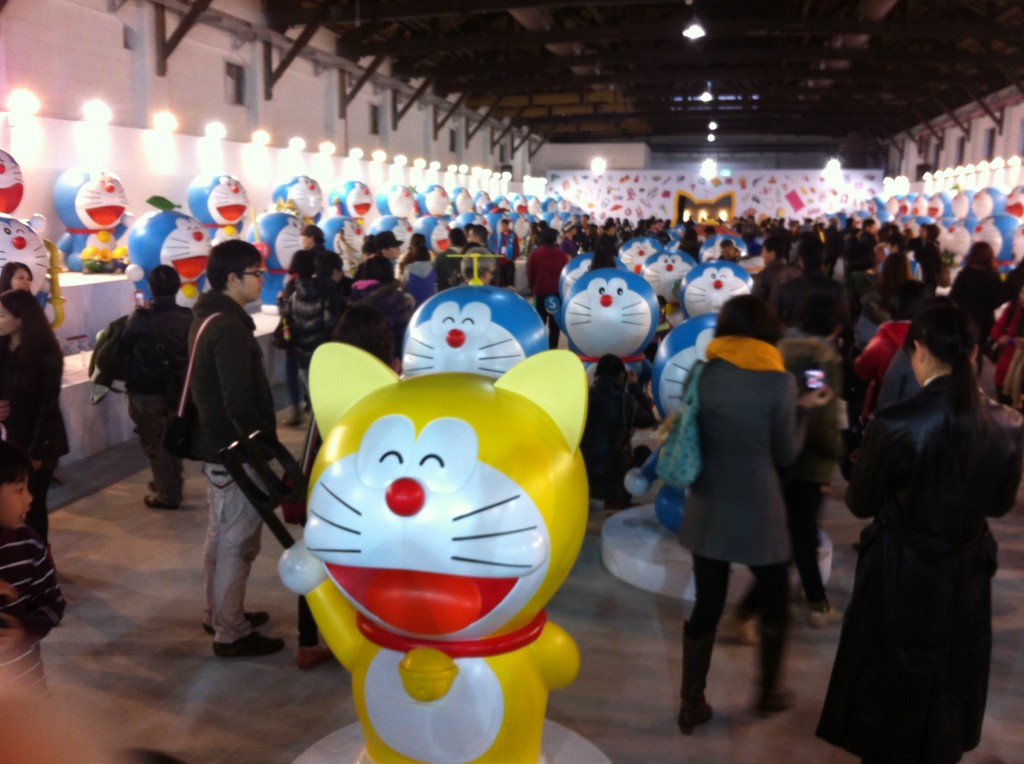 Taipei celebrates Doraemon’s birthday (100 years ago). The original yellow Doraemon in the foreground.

The robot cat from the future was (1) not blue but yellow (2) has ears. How did it go from yellow to blue, and sans ears? The story goes as thus:

In the way way future, 2112 to be exact, in a land far far away from Earth, there is a robot factory that produces prototypes of domestic robots. They look like yellow cats. Doraemon is one of these robots. Like people on Earth, these cat robots go to school to learn. Unfortunately, because of a missing screw, Doraemon fails at all of his classes. When the robots go on auction, nobody wants to purchase Doraemon, a partially broken robot.

However, one person ended up buying Doraemon. It was Sewashi Nobi. Nobi, who later sent the blue robot cat from the future back in time to help his great grandfather, Nobita, be a better person so the family wouldn’t be so poor, pressed the “Purchase” button by mistake.

Doraemon was sent to the hospital but the doctor, instead of fixing Doraemon’s ears, ended up losing both of his ears. The inconsolable Doraemon decided to take the “Potion of Optimism,” but he made a mistake and drank the “Potion of Depression” instead! 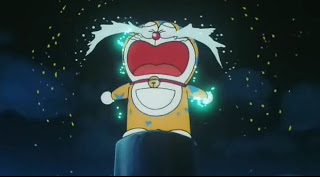 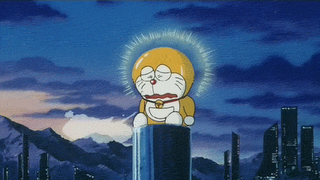 He cried so much that his yellow coating started to peel and he became blue.

Well, if it’s any consolation, blue is the most popular and beloved color in the world. We love you Doraemon!