Malaysia’s richness, whether it’s food, dialect or culture, derives from the intermingle of different ethnic groups, predominantly the Malay, Chinese and Indians. In Penang, where Chinese immigrants dominate,  food is further enriched by the marriage of Chinese and Malaysian cultures (known s babas and nyonas), literally and metaphorically.

To get a glimpse of the awesomeness of one (Chinese) plus one (Malay) is more than two, just go through the list of noodle dishes the city has to offer:

But the most mind blowing bowl of Penang is the Assam Laksa. 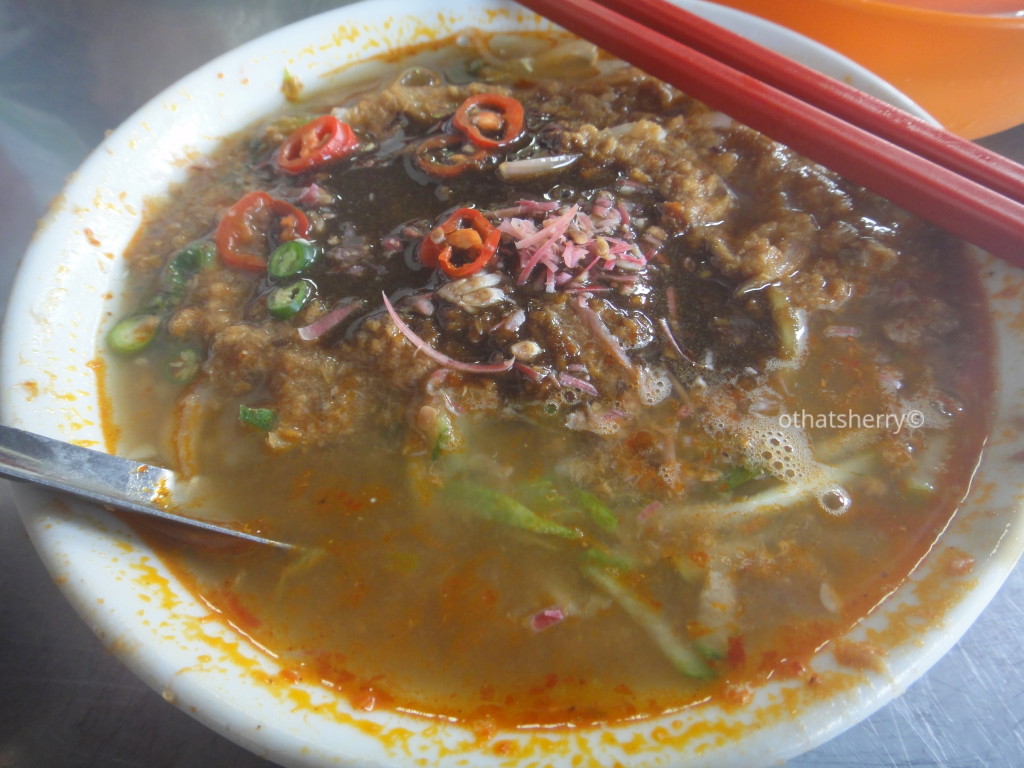 The broth, made of poached mackerel, tamarind, lemongrass, chilis and shrimp paste, is simply explosive in flavors. Tangy, savory, spicy, you name it, it’s there. In fact, upon my first sip of the flavor intensive soup, I thought “BOOM!”

No lies. The thrill, the surprise, the never-before-experienced burst of flavors — my taste buds experienced firework-like ecstasy. And to you all saliva-swallowing foodie/travelers, Ayer Itam Pasar has the reputed “best Assam Laksa” in the world. 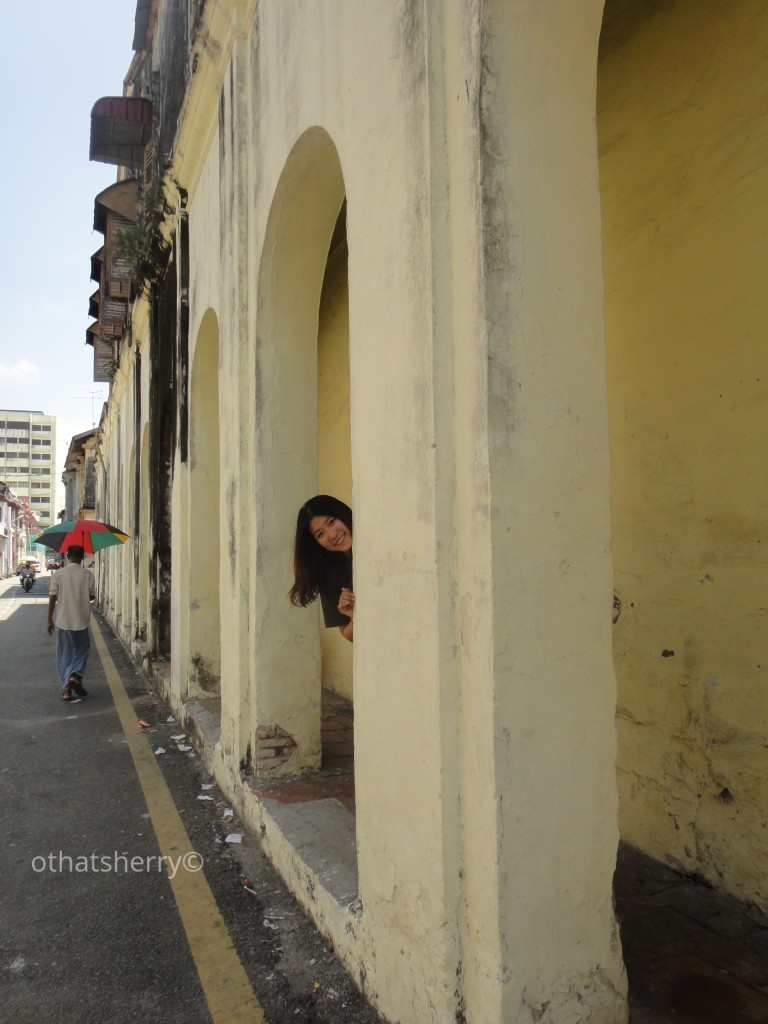 Like other Asian countries such as Taiwan, Thailand, street food is a way of life for most locals.

As for what’s next on Sherry’s plate? Looks like something sweet (read about Kuih, Chendol and “Ice Kachang Puppy Love”).