Traveling to Ireland for the first time, what impressed me the most was neither North Antrim Coast nor the amount of Guinness Dublin-ers consume, but Irish sheep. Yes, you heard me correctly, I said sheep. Along my train ride: from Dublin to Belfast, from Belfast to Dublin to Galway, whenever I saw them, I would gesture excitedly, grab my friend’s arm and cry, “Look, sheep!”

My British friend gaped in awe and said, “Do you not have sheep in America? You know outside London we have sheep, just like these right?”

Alas, how do I explain my conviction that Irish sheep — set against blue sky and green grass — are somehow extra fluffy, and most likely extra special. Thank goodness my obsession is not alone. I was able to dig up an article from Boston Irish Reporter, titled “Hello sheep lovers: Ireland is the place for ewe” to prove my sanity. In the article, Judy Enright explained that Americans love sheep because, well, we simply don’t see them strolling and wandering around. “They are a treat and novelty,” she wrote, “I enjoy seeing sheep wandering around and I find one more photogenic than the next.”

Even more fantastical, in Ireland, sheep are spray-painted with each farmer’s color. Hence, I would first spot a group of sheep sprayed blue, then another bunch sprayed red, and yellow, green and sometimes even blue/red or purple/orange together. It’s quite wild, in a wonderful made-me-chuckled kind of way.

And, this is a fact, you can find EWE-inspired products created by Thomas Joseph, an artist in Co. Down, Northern Ireland (including “wish ewe were here”). That, however, is a little too much ewe even for me. Instead, Northern Ireland was very much ewe-less. Highlights included Giant’s Causeway (bizarre, hexagonal basalt columns that were said to be walkway laid down by the giant Finn MaCool) and Carrick-a-rede Rope Bridge (suspended above the sea at 25m/80ft). 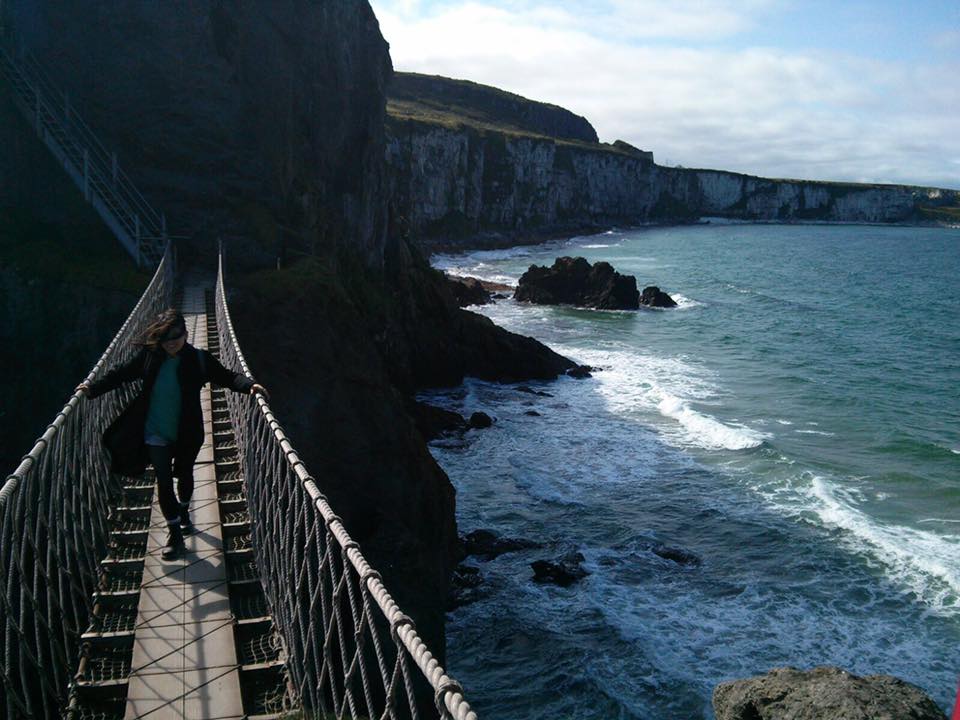 Sherry walking the Carrick-a-rede Rope Bridge, with stunning view of the Antrim coast and of course, extra blustery wind!