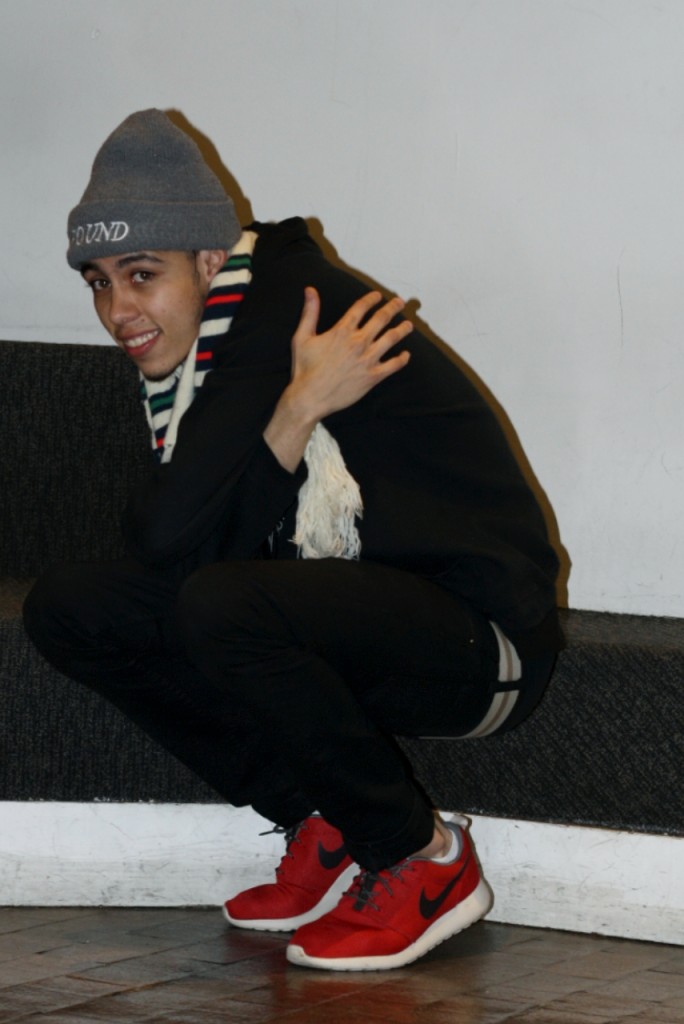 Part Puerto Rican, part white and black, Diaz raps and models on the side. The young star shares what it was like working with Keith Miller for the past two years.

Q. How did you land the role? Did you know Keith before?

No, at that time I just quit college, came back and was working at a dog spa. Jeremy Engle called me. He is also a director. I was in his movie when I was 16. Jeremy called me and said, “I have a movie audition for you. It’s called Five Star, my buddy Keith Miller is doing it.”

There were me and this other guy. They called us in together. Keith told me, “He slept with your girl.” He turned and said to the other guy, “You didn’t sleep with his girl.” And Keith said, “Scene.”

Q. Interesting audition. Is Keith the norm? I mean, in terms of director.

This is my third film. And no, Keith is not the norm. Most directors would be like, you got a line, you got a part, you got a facial expression. And you have to get it done within this time. Keith is more like this is the scenario but I am not going to tell you the exact lines. I want you to feel your lines. It’s cool and different. But for a trained actor, it’s like, You are giving me freedom? I never have freedom.

It was very different. But it’s like, I am my own acting coach now? Let’s do this! But the one thing about Keith that I love is that he brings reality into the movie. My father died from a stray bullet in the movie. So Keith sat down and was like, “What’s the situation with your father.” I said, “I don’t really talk to my father at all.” My father and mother separated when I was two. So in the movie, my dad and I didn’t really talk at all before he was killed. Keith tries to make it as much your life that is happening onscreen like your life offscreen.

Q. Tell me about Primo. What was it like for you to work with a non-actor?

Primo, he’s good, he’s talented. He can hold a conversation, he can hold the room. He is the real stuff.

Q. You are not exactly from the “hood,” so how did you make sense of your character?

When I got the part, got the script, I was trying to figure out who this kid was. He is a Brooklyn kid, a kid who didn’t know what he wants. When I came to any part where I was like I don’t know how he feels, Keith would come to me and be like, “How would you feel? What would you do? Would John want to get up and fight him? Or would John want to get a gun and kill him?”

Keith tries to speak the language. But sometimes he doesn’t know what he’s saying but he’ll try to step into your world. Keith gets a hood pass.